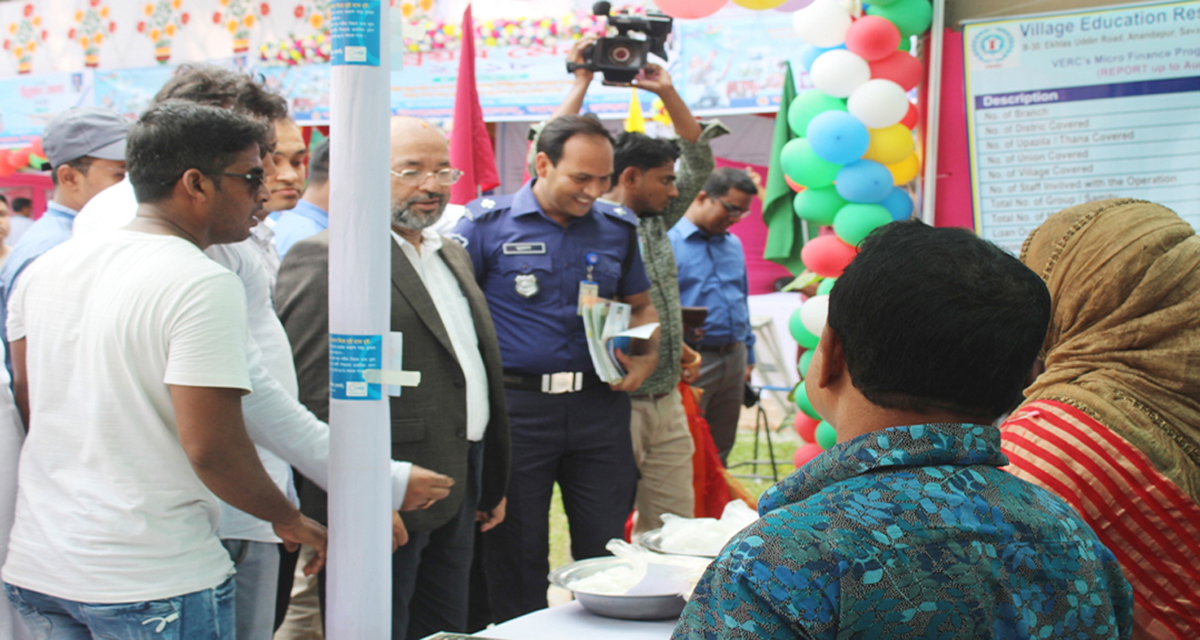 VERC has been working on provision of life-saving WASH services to the Rohingya refugee population in Balukhali makeshift in Ukhiya upazila, Cox's Bazar.

It is true that as a result of the traditional development approach, poor, village people, minor ethnic group as well as women are always deprived of all types of opportunities and rights due to marginalized status in society. In that sense, Minu Hasda is the poorest of the poor women of the ethnic minority.

She lives with her day lobor husband Paolus Tudu in Bazarpur village of Amarpur union in Chirirbandar upazila in the northern poverty stricken area in Bangladesh.

“As an Imam of the mosque, I use to deliver religious messages to the Muslims during prayer, especially on the Jumma day (Friday). Bedsides playing the role of Imam, I am also the member of Union Education, Health and Family Planning Standing Committee of Baghuatia UP of Abhaynagar Upazila” said Mr. Afzal Hossain.

As an elderly person most people listen to me and follow my suggestions. The Imam said, “It was a superstition among people that ‘Anemia’, ‘Infant mortality ’, etc, are considered as ‘Bala mochibat’ as consequences of evil act of people.

Ratna and her dream

Safe water and adequate sanitation is essential for a healthy life.

VERC has been giving emphasis on education program since its inception.

VERC has been undertaking community development research and innovations